Infrastructure NT was established in 2021 to deliver strategic infrastructure planning and development that plans for, coordinates and aligns infrastructure needs with industry and population growth.

Infrastructure NT forges strong relationships at the national level with Australian Government agencies and other jurisdictions to champion the Territory’s interests and works and with Infrastructure Australia to prioritise, plan and deliver nationally significant infrastructure projects.

The new Framework links the investment portfolio to economic growth and subsequently population growth to inform infrastructure planning and investment with the Northern Territory Government’s clear goals of a sustainable and diverse $40 billion economy by 2030.

Infrastructure NT is also responsible for the management and for delivery of significant enabling infrastructure projects and currently incorporates project execution teams for the following projects: 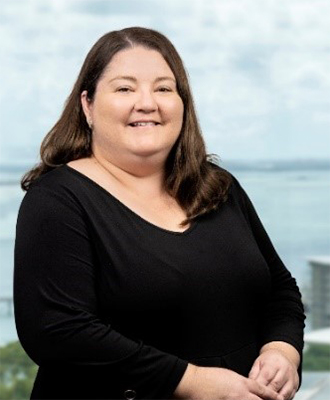 The Territory’s inaugural Infrastructure Commissioner, Louise McCormick, plays an integral role in ensuring the Territory plans and delivers the strategic public infrastructure to attract and maintain job-creating projects and industries.

Ms McCormick works closely with the Investment and Major Projects Commissioners to secure and deliver projects and investments.

Ms McCormick, formally appointed to the role in January 2022, is the Deputy Chair of Austroads and a Fellow of Engineers Australia chartered in Civil, Structural and Executive Engineering.

Ms McCormick is the former General Manager of Transport and Civil Services for the Department of Infrastructure, Planning and Logistics and for more than 16 years has led planning, delivery and management of some of the Territory’s largest and most complex infrastructure projects.

Ms McCormick was in 2022 named the recipient of the 2022 Roads Australia John Shaw Medal as an industry champion who has made a lasting contribution to Australia’s roads. Ms McCormick is the second woman and first Northern Territory-based recipient of this prestigious award for individual achievement.